Trying to post to the site, but the firewall is blocking me. What good is a firewall if I cannot post? 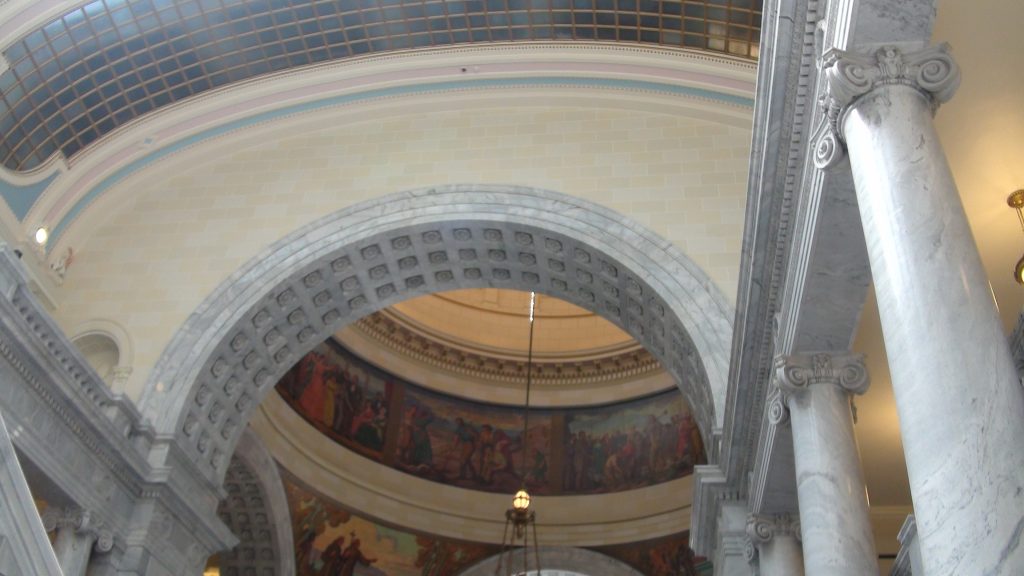 Then he became very hungry and wanted to eat; but while they made ready, he fell into a trance Acts 10:10

The previous verse noted Peter going up to the housetop to pray at about the sixth hour. Now, it says, “Then he became very hungry.”

It is a word found only here in Scripture, prospeinos. It is a compound word signifying “toward” and “hunger.” Therefore, it signifies “hungering further,” and thus “very hungry.” This is not without purpose because it next says, “and wanted to eat.”

That is the usual thing that happens when one gets hungry. However, satisfying a hunger can be immediate, such as when grabbing an apple to eat, or it can take longer, such as waiting on a cook to prepare something. Peter has been praying, he got hungry, and so he obviously told someone that he would like to eat because it next says, “but while they made ready.”

The verb is a present participle, “they were preparing.” Nothing is said about anyone else in the narrative, so an answer to who “they” is must be mentally inserted by the reader. Whoever “they” are, they were preparing something for him to eat. As they were doing this, it next says, “he fell into a trance.”

Rather, the Greek reads with the same word found in Acts 8:16, saying, “an ecstasy fell upon him.” In Acts 8:16, it referred to the idea of the Holy Spirit falling on those of Samaria. It will be seen again in that context in Acts 10:44 and 11:15 when referring to the conversion of Cornelius and those with him. HELPS Word Studies says that the specific word used, epipiptó, comes from epi, on or upon, and pipto, to embrace (with affection) or to seize (with more or less violence, literally or figuratively).

In this case, it is a trance that has fallen upon Peter. It is not the same word, translated as “vision,” that described what happened to Cornelius in verse 10:3. This word, ekstasis, was seen in Acts 3:10 when describing the amazement of the people when the crippled beggar had been healed. It signifies a displacement of the mind. Thus, it is bewilderment or ecstasy.

Peter has entered into a different and bewildered state. It is in this state that he will start to understand particular points of theology that he never had considered before. Unfortunately, in his learning, he will afterward not always apply what he has learned. This is particularly noted in Galatians 2. For now, Peter has had a trance fall upon him for his learning, for our learning, and as a descriptive account of how it came about.

Life application: What Peter will see and be told in the verses ahead is rather clear, and it stems from symbolism going back to the book of Ezekiel, and it carries with it information that could only be conveyed to a person like Peter after the finished work of Jesus on the cross in fulfillment of the Law of Moses.

Despite being a descriptive account, it is clear and unambiguous in what it conveys. Some people ignore what is given here entirely. Others accept about fifty percent of the lesson and stop there. But what will be presented is so clear and obvious that it truly takes a full-blown case of cognitive dissonance to reject the lesson.

Pay heed to what is coming in the verses ahead, set aside any presuppositions that you may have about various matters, and carefully think about what is presented. In doing so, the difference between works of the law and the grace of Jesus Christ will become perfectly evident. It will also reveal the extent of this grace in relation to the people of the world.

Lord God, even the most studious of us may fail to understand what You are saying in Your word, simply because we have a presupposition or a bias about a particular doctrine. Help us to set such things aside and look to what You are conveying to us. Help us not to insert into the text what we want to see, but to draw out from it those things You want us to see. May it be so, to Your glory. Amen.

Our weekly excursion into biblical excellence.

All are welcome for either or!