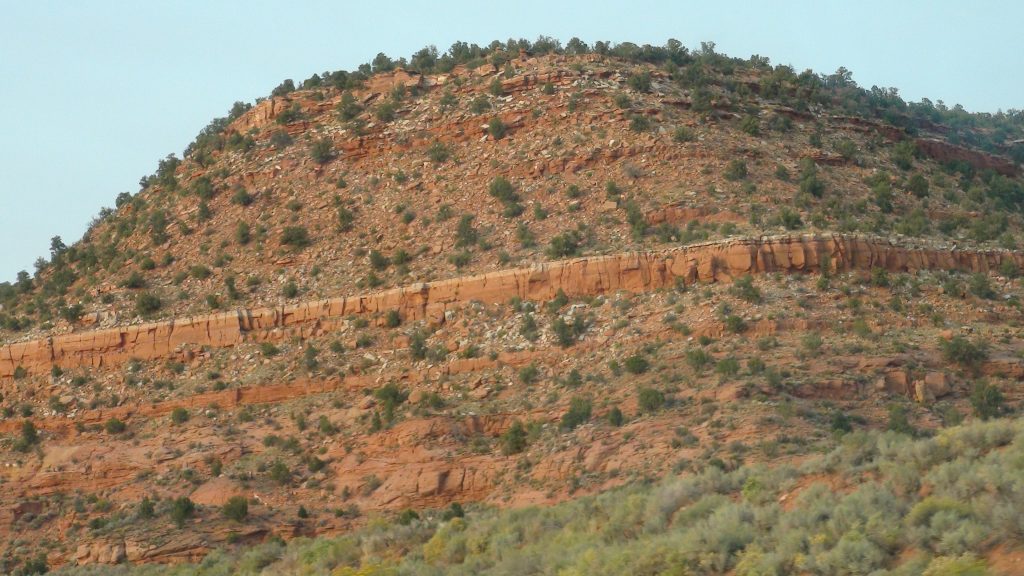 For sure, there was a big, big flood here once upon a time.

But Saul increased all the more in strength, and confounded the Jews who dwelt in Damascus, proving that this Jesus is the Christ. Acts 9:22

The previous verses indicated that Saul (Paul) preached Christ in the synagogues and those who heard were amazed because they knew of his previous life. With that context, it now says, “But Saul increased all the more in strength.”

The word translated as “strength” is an imperfect verb, saying something like, “But Saul was strengthened all the more.” The idea here is that as he preached, the effects of what he said became more and more evident and his case was meticulously built up. It may also include the thought of his own moral character increasing with each presentation of the gospel and proper doctrine. But it appears this is most expressly referring to his argument from Scripture. This thought is bolstered by the next words, saying, “and confounded the Jews.”

Again, the verb is imperfect, showing that it was an ongoing process. He “was confounding the Jews.” He didn’t just come up with an argument about his doctrine that was pulled completely out of context and say, “See this shows that what I am saying is true.” Such a presentation would be easily revealed as false. On the contrary, he was clearly taking things in context, he was being strengthened in his presentation by doing so, and he was confounding those who could not refute what he was saying.

Because Saul was a Pharisee, he was fully versed in the content of Scripture. He had just been looking at it through the wrong lens until his eyes were opened. Once he realized that it truly is all about Jesus, the ancient passages opened up in a new and irrefutable way. This is the idea of what is being said while debating the Jews “who dwelt in Damascus.”

Saul was willing to spend the time needed while using his newly acquired spiritual implements of warfare against those he was once allied with. This, instead of physical arms and implements that he once used against his now fellow believers. The irony is palpable. And these spiritual implements were fully capable of “proving that this Jesus is the Christ.”

This (proving) is a new word in Scripture, sumbibazó. It is formed from the words sun (together with) and basis (a step and thus a foot). As such, it gives the sense of walking in accord. Saul is taking Scripture and identifying it with Jesus and there is found to be a complement (a walking together) between the two. Vincent’s Word Studies explains this work more fully –

“The verb means to bring or put together: hence to compare and examine, as evidence, and so to prove. Used in the literal and physical sense in Ephesians 4:16. In Colossians 2:2, of being knit together in love. In 1 Corinthians 2:16, of instructing, building up, by putting together.”

As for the words, “the Christ,” they are used as an appellative. Too often people assume Jesus Christ is a name, but it is a title. Jesus is the Christ, meaning the Messiah, or – more precisely – He is “the Anointed One.” Saul’s handling of Scripture clearly and poignantly demonstrated that this is the case. Jesus is the fulfillment of all that Scripture is pointing to.

Life application: When evangelizing certain people groups, especially Jews, you must use a common reference in order to establish a baseline for what you are presenting. Jews, as a people, have already rejected the New Testament. Very few will say, “Let me see what the New Testament says,” and then readily accept it, although it has been known to happen.

For others, it is possible to take the Jews’ rejection of Jesus and use that as a basis for the fact that Jesus really is what Scripture proclaims. By showing that the Jews’ failure to see what is perfectly evident right in their own Scriptures was prophesied in advance (and explained in the New Testament), one can clearly demonstrate that Scripture is self-validating. In other words, even the Jews’ national rejection of Jesus confirms the truth of Scripture. From there, showing that Jesus is the reason they were exiled and punished gives the basis for believing that He truly is the Messiah of Israel.

Don’t give up if someone initially rejects your gospel presentation. If he is willing to continue listening, try another avenue and press on. The main thing to remember is that all of Scripture points to Jesus. As long as you are proclaiming Jesus, you are speaking of what the Bible is pointing to. Keep on telling about Jesus!

Lord God, what a wonderful treasure of love and delight is found in Your word. You are conveying to us the words of life and restoration, and it is all based upon what You have done through the giving of Your Son. Thank You for Jesus who truly is making all things new! Amen.